An expert panel of judges has been assembled from construction disciplines including construction management, engineering, architecture, and cost management.

Exclusive to the Irish Construction Excellence Awards, our judging process will include an Interview Stage for the project categories where the finalists will present to our expert judges and showcase their projects and have Q&A sessions. This level of engagement is not only of great value to the entrants but also puts our judging process on a par with best international professional competition practice. 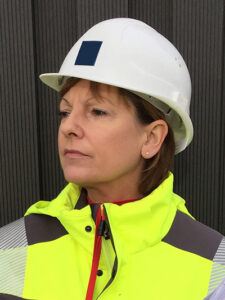 Dorothy Jones is a project manager with an architectural background. Dorothy has a great knowledge of the German Construction Industry having worked in the country regularly for nearly three decades, travelling to and from Germany on a regular basis. She now works with SteadWay in Berlin and brings a wealth of international project management experience to the panel. Since 2002 she has worked as a project manager in Germany and Ireland and has worked on a number of high-profile projects.

Dorothy worked for The Federal Office for Building and Regional Planning (BBR) in Germany and has worked on The Goethe-Institut in Dublin, and also for Rob Krier Architekten, Berlin; ipc Talkenberger GmbH, Lübeck; de Architekten Cie, Berlin; and Primark. Dorothy is also a part-time lecturer at University College Dublin. P J Rudden is Chair of the Construction Sector Group (CSG) Innovation and Digital Adoption at the Department of Public Expenditure and Reform. He has 40 years experience in planning, design and project management in construction across transport, energy, water, housing and resource management projects.

PJ is also Founder and Managing Director at Aengus Consulting and an Independent Non Executive Director at Codema, Dublin’s Energy Agency. He is also a Past President of Engineers Ireland. 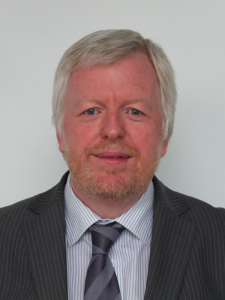 Ciarán is a member of the OPW Management Board, responsible for the Major Projects Unit and the Brexit Infrastructure Unit. He also leads and directs the Architectural and Structural and Civil Engineering Professional Services who have responsibilities for a wide variety of works including; new build; the conservation of heritage properties in State care; the maintenance of the quality of the fabric of the State’s property portfolio and landscape projects. He is the main advisor to Government in relation to architectural matters and is presently completing the Government’s Green Public Procurement document for Construction.

In addition to over 25 Irish (RIAI, AAI and CIF) annual awards for new buildings, he has received the All-Ireland Landscape Award twice, the Ford Foundation Conservation Award, RIAI Triennial Medal for Restoration, the Europa Nostra Medal 1996 and the European Union Prize for Cultural Heritage 2006.

Ciarán has published a number of books, he is also an occasional visiting lecturer, critic and external examiner to schools of architecture.  Ciarán is a member of the National Standards Authority of Ireland and serves on numerous boards. 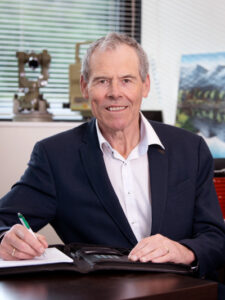 Jerry Grant is an experienced Non-Executive Director & Strategic Business Advisor, specialising in the Infrastructure and Utilities sectors. He is currently Chairman of Dublin Port Company, Director of Sport Ireland, an External Member of the Governing Body of TU Dublin and an External Member of the Audit & Risk Committee at OPW. He has set up and chairs Watershare Ireland, a partnership between GOAL and the Irish Water sector, which is helping to deliver water & sanitation projects in a number of developing countries.

Jerry played a leading role in the establishment of Irish Water as the national water utility, was its first Head of Asset Management from April 2013 to February 2016 and thereafter was Managing Director up to September 2018. Prior to Irish Water, Jerry was Managing Director of RPS in Ireland from 2002 for 10 years, leading a successful infrastructure and environmental consultancy and prior to that was Director of MCOS from the early 1990’s, where he led a market leading water sector consultancy business. 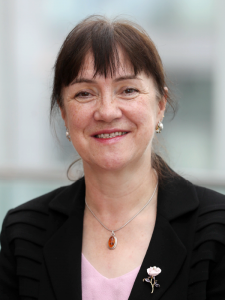 Mary joined Dublin City Council (DCC) Quantity Surveyors Division in 2016 having previously worked in the private sector in the UK & Ireland. Mary sits on DCC’s Corporate Strategic BIM Implementation Working Group and is passionate about the use of data for the public good through its collection, harvesting, mining and analytics.

Mary is Co-Founder of Public BIM, an Alliance comprising of the major public bodies collaborating on common interests such as BIM, Public Works Contracts, Digital transformations. Mary sits on the SCSI QS BIM Working Group focusing on the development and use of 5D BIM amongst the Quantity Surveying profession. Mary also sits on the ICMS Working Group and is actively involved as APC Assessor/Chair for the SCSI.

Mary is a non-executive Director of CitA and regularly contributes at conferences as a speaker on BIM & the QS, Public BIM and BIM & Smart Cities. 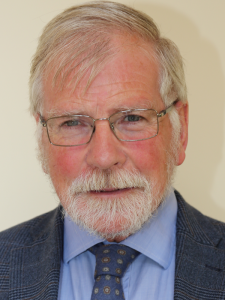 Seán McCarthy’s impact on the Irish construction sector cannot be overstated. He has had a prolific career, with 40 years’ experience of successfully delivering extensive Programmes and major Projects with multinational corporations in the semiconductor, pharmaceutical and heavy chemical sectors, including having headed major construction projects at Intel and Eli Lily.

Notably, Seán worked on the Intel Ireland Leixlip Campus for over 20 years, and was the Site Manager of Projects and Construction with responsibility for leading and managing all project construction activity on the campus.

Seán now works with multiple clients as a consultant and mentor on Project Management & Leadership; Lean & IPD; and Quality & Safety. 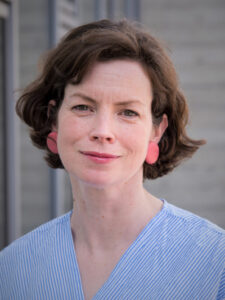 Miriam Delaney is an architect and lecturer at the Dublin School of Architecture, TU Dublin, teaching Architectural Design and Building Technology. She has worked in private architectural practice in Dublin and Zurich, and previously taught in University College Dublin and Queens University Belfast. She has also served as an invited critic, guest lecturer and external examiner at many Irish and international schools of architecture.

Miriam has published and lectured widely on the subject of Irish towns. This research interest led to her involvement in ‘Free Market’, the Irish National Pavilion at the 2018 Venice Architectural Biennale and the subsequent national tour in 2019. The ‘Free Market’ team was awarded the 2020 RIAI Research Award and a 2020 AAI Award for its work on rural town design and policy. Miriam has most recently been involved in political advocacy and public engagement in rural town regeneration projects. 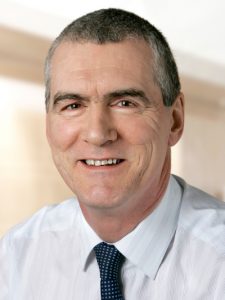 Keith Elliott is a project management specialist and former Associate Director of PM Group, Ireland’s largest Architecture and Engineering consultancy specialising in the delivery of complex projects in a variety of industry sectors. He has over 40 years’ experience in the design, project management and construction management of large projects including pharmaceutical facilities, power stations, data centres, natural gas infrastructure and energy from waste facilities.

He was Project Manager / Construction Project Manager for a number of infrastructure projects of national importance, including the Corrib Onshore Gas Terminal in Co. Mayo and the Dublin Waste to Energy Facility in Poolbeg, Dublin. At the peak of construction, each of these projects ranked as the largest construction project in Ireland at the time. His most recent role was as Office Projects Manager for PM Group’s Dublin office, overseeing a team of 50-60 Project Managers delivering a portfolio of challenging projects both in Ireland and abroad.

Keith is a Fellow of Engineers Ireland and the Institution of Civil Engineers currently the Chair of its Republic of Ireland Branch. Previously, Emma was the Group BIM Manager with the project delivery specialists, PM Group. Emma has presented research papers at international conferences such as the CitA BIM Gathering, is a Board member of the Construction IT Alliance (CitA) as a non-executive
director and is involved in the BIM Innovation Capability Programme (BICP).

Emma mentors and supports the development of women’s careers in BIM through her involvement in the Women in BIM (WiB) network. She is also a part-time lecturer on the Middlesex University BIM Management Master’s Programme and on the Dublin Institute of Technology MSc in Applied BIM and Management Programme. 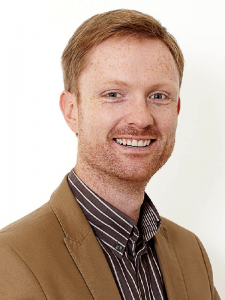 Appointed Head of Department of the Built Environment at Waterford Institute of Technology (WIT) in 2013, Derek is responsible for the management and strategic development of the Department, which offers programmes from Craft Apprenticeship to PhD level.

He worked on large infrastructural projects before joining WIT as a lecturer in 2005. Derek has a broad ranging experience in Civil and Energy Engineering lecturing and research. He was Course Director and Industrial Placement Coordinator for the BEng (Hons) in Sustainable Civil Engineering, where he built strong industrial links.

Actively engaged in national and international consultancy and research, Derek brings to the panel an extensive knowledge of Civil Engineering, Energy Management and Efficiency. 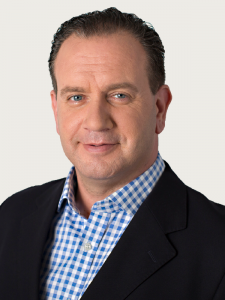 Clement is an Associate Director with Linesight Project Management, currently managing a large portfolio of commercial and residential projects located in Dublin and predominantly within the Docklands area. Clement has over 20 years industry experience. Working at Linesight for the past 8 years on a comprehensive range of large commercial, residential and infrastructural projects.

He has also worked as an independent consultant Project Manager working on high-end international residential projects for international clients. 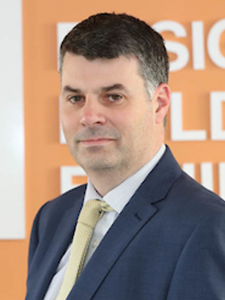 Phelim Devine is Design Director/Deputy Project Director of the National Paediatric Hospital Development Board. The new children’s hospital is the largest single investment in any healthcare capital project in Ireland. He brings to the panel his vast experience over the past twenty years in social infrastructure projects such as healthcare and also commercial projects.

Before his present role, Phelim was a Director at Arup, leading the design of multidisciplinary building projects across multiple sectors but in particular healthcare projects such as Mater Adult Hospital redevelopment, the redevelopment of St Vincent’s University Public Hospital, the new St Vincent’s Private Hospital, and projects in the National Rehabilitation Hospital and St James’s Hospital. Phelim was Honorary Secretary of the Association of Consulting Engineers of Ireland from 2011 to 2014, and sat on the Executive Committee from 2008 till 2014. Marion is an Associate Director at Linesight with twenty years experience in planning and scheduling, working with clients in a variety of sectors across the world.  Marion heads up an expanding global scheduling team at Linesight, ensuring alignment across key accounts, managing training, development and mentoring, governance and best practice implementation using innovative technologies and benchmarking.

Having worked on a large variety of diverse projects, she brings to the panel particular expertise in risk management, planning and scheduling and an in-depth understanding of the complexities associated with delivering large-scale projects across a diverse range of industries including Datacenters, Life Sciences, Commercial, Mixed-use and Health Industry projects. 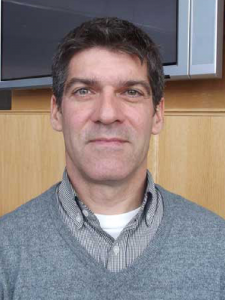 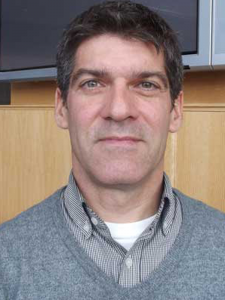 Tim Segal is the course coordinator for the Certificate in Building Information Modelling at IT Tralee.  He has been lecturing at IT Tralee for 13 years, including a spell as Head of Department for Science and Engineering. He previously spent approximately 10 years working professionally as an Architect in Ireland and abroad.

Tim is currently the Building Information Modelling Coordinator for the Estates Department at IT Tralee and is Co-Chair of the CitA South West BIM Region.

A leader for BIM in the South West and an experienced professional and academic he will bring his broad industry knowledge to the panel. 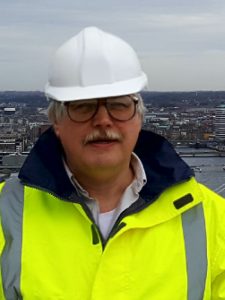 Kieran is the Health & Safety Consultant at Waterman Moylan Engineering Consultants with 30 years’ experience across AEC projects, he has engaged as PSDP for a number of major building and infrastructure projects. Prior to his current position, Kieran was the Tool Install Design Manager for construction projects on the Intel Ireland site for 15 years.

Kieran was also responsible for the PSDP (and PSDS), coordinating safety in design across multiple concurrent Basebuild and Tool Install design teams, peaking at circa 350 designers. On Kieran’s last major project, (a Lean and BIM project), the Tool Install team achieved a NISO distinction award in recognition of the strong safety leadership and a recognition of the workplace health and safety excellence at a national level. 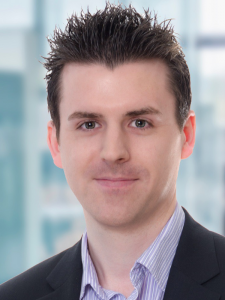 Niall Kane is Head of Smart Places at VINCI Facilities. He brings international digital construction and asset management experience to the judging panel.
Niall studied Architecture at Technological University Dublin. Previous to his current role he was a GIS Specialist and Data Scientist at Skanska UK, and when he was in Ireland worked at Murphy Surveys as Head of Innovation and BIM Manager.
Niall will bring excellent assessment skills to the application and use of Digital Construction Technology.

REGISTER YOUR INTEREST BELOW!